Middle fat odor which is more odor than aged odor! Cause and solution to bother you in working high!

Hello, it is mid-body odor of troubling room.
Of course, there was not had that the person who like to emit body odors.
However, while you do not know, “”my-self”” may have lost it with an unfamiliar body smell.
It is quite unknown what my body odor is.
For the defeating such miserable condition, in the previous blog “”Self-check, let’s find your body odor!”” there was seen which one applies for own body odor.
That body odor is here.
· Sweat odor
· Middle fat odor
· Aging body odor
· Feet odor
Last time we introduced a way to improve “”sweat odor””.
Let’s proceed to how to improve’ Middle fat odor ‘this time! So, Body odor can be improved! 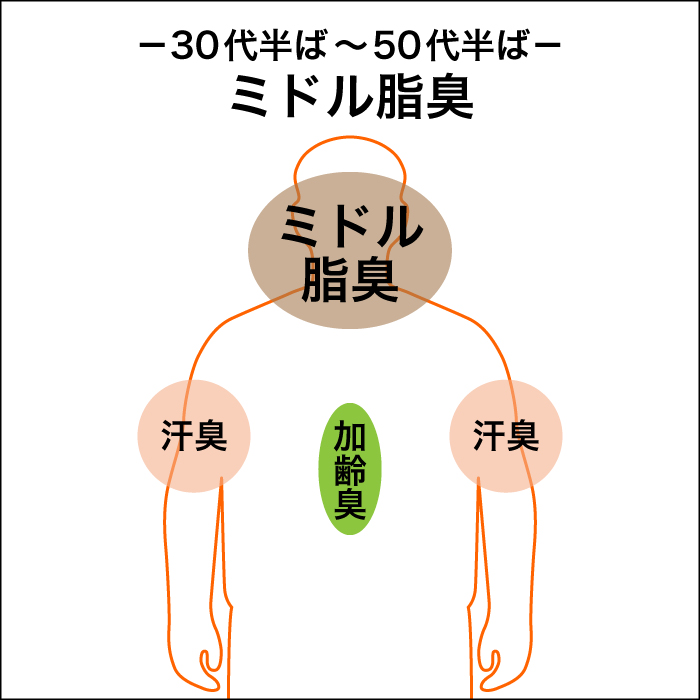 Back of the head, behind the neck

Odors like old oil, it will occur in the center behind the back of the head and neck.
Public company Mandom identified the causative substance as “”diacetyl”” and named it as middle fat odor which becomes stronger in the mid-30s to mid-40s, which is different from the aged odor.
Diacetyl occurs when staphylococcus of the skin nourishes lactic acid contained in perspiration it mixes with oxidized sebum etc. to become a middle fat odor.
Since the scalp has sebaceous glands and sweat glands much compared to the face etc., sebum accumulates around the back of the head more than before. So it made a strong odor of behind the back of the head and neck.
Again, middle odor which is more odor than aging odor, which is said that is poor at women from odor. 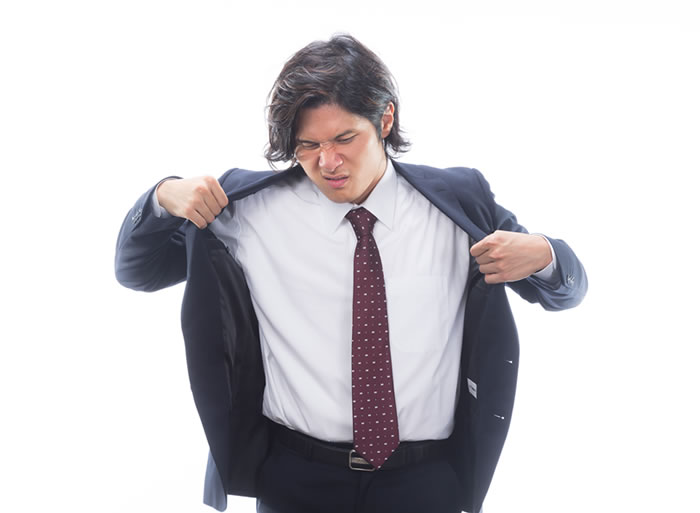 Although there is possible to see a person of aging odor, there is person who has a middle fat odor of such features too.

– The pillow smells
– The scalp is oily, sticky
– Always used to leave the hair wet
– Shampoo time less than 3 minutes
– Drinking smoking and alcohol every day

Middle fat odor occurs mainly in the back of the head and neck, so there is a possibility that the odor has shifted to the pillow. Beyond the pillow, odor will be strong odor. If the pillow smells although you went to bed after shampooing, it may be that the sebaceous matter has not been washed away by shampoo.

The scalp is oily, sticky

Middle fat odor is accumulated in the sebaceous matter of the scalp. Scalp if you feel the touch immediately oiliness by a finger, there must has already occurred the middle fat odor. When mixed with sweat etc., the smell becomes even stronger. 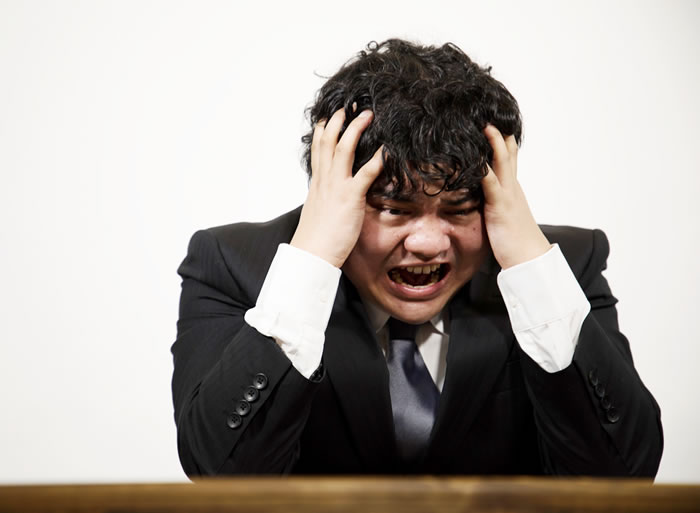 If the hair is still wet, odor bacteria grow on the scalp. Mostly when the raw odor dries from the hair, it is caused by not being towel dry. In addition, the scalp is steamed, the sebum increases, the middle fat odor is mixed and the odor becomes strong.

Shampoo time is less than 3 minutes

There is a possibility that viscous sebum dirt is not dropped sufficiently. Because sebaceous matter and middle fat odor will be accumulated, it will be harder to drop off as soon as you do shampoo. If a pillow smells the next morning after a night shampoo, we recommend the shampoo method introduced below.

Drinking alcohol and smoking every day 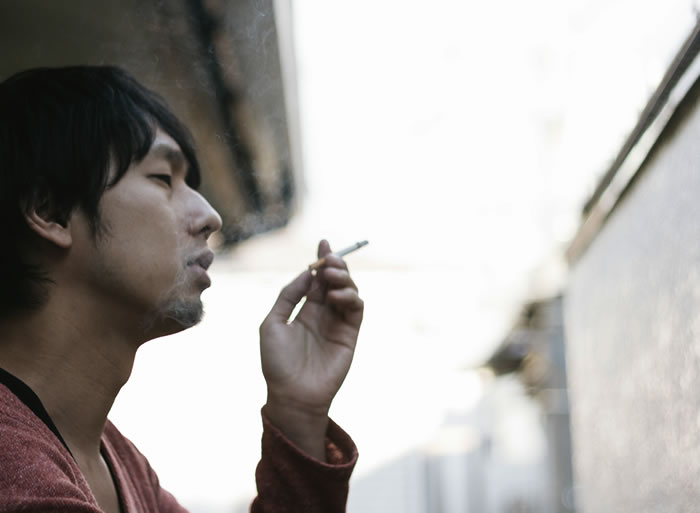 Origin of odor is the scalp and back of the head. Wiping frequently
Those in the mid of 30s～40s are particularly sticky, especially in secretion of sebaceous matter. Let’s wipe frequently with towels and body paper etc. around the scalp and back of the head where sebaceous glands are more likely to accumulate odor. If you get rid of the sweat and sebum before they are mixing as much as possible, the odor can keep within limit. If you are going to use hairdressing, let’s clean the scalp. When used for heads that sweat and sebaceous matter bleeds, hair dressing and middle fat odor are mixed and odor becomes very strong.

the hair is first pre-washed with hot water for 3 minutes, then shampoo
Middle fat odor will accumulate in the head sebaceous matter so it must be carefully dropped. Firstly, let’s wash the scalp with just hot water for about 3 minutes before shampooing. (If you are using hairdressing etc., please wash a little longer.) Then use the shampoo. When you pre-wash the hot water, most of the hair stains will be dropped, so the effect of the shampoo will be demonstrated and the remaining sebaceous matter will be easier to remove. With this effort, the middle odor will be quite controllable.
If shampoo solution remains in the hair, pores cover, and sebum will be easy to accumulate, so rinse carefully. It is a point to suppress the middle fat odor not to use too much shampoo liquid so that there is no rinse residue.
Important shampoo care of Sweat’s

Middle fat odor is highly viscous sebaceous matter (oil), so it is difficult to drop with hot water alone.
Let’s drop it with the highly ability clean soap where middle fat odor much of the back of the ear, and the back a the neck ・nape of the neck.
Since men originally have a larger amount of sebaceous matter than women, it tends to remain sticky on body soap for ladies with high moisturizing ingredients. Body soap and is recommended for men.
For example, Softy and Men’s Cool Body Soap (Cool Citrus) dealing with mid is a body soap that can be dropped off with sebaceous matter dirt. It is an item specialized for male peculiar sebaceous matter dirt removal.

I want to take care from the usual, middle fat odor precautionary measures

Middle fat odor is easy to accumulate odor.
Not only clean for body, but also attention to the clothes and bedding that odor will need to move. Also I just want to also try sebaceous matter is not excessive secretion diet and moderate exercise.

Remove the odor which ingrained at clothes

Even though washing off sebum carefully, everything that leaves odors in your clothes is messed up.
For deodorizing odors that have entered the inside of the fiber, oxygen bleach is recommended.
There are powder type and liquid type, slight acidity and weakly alkaline, but both can be used for color patterns. (However powder type cannot be used for delicate materials such as wool and silk)
Dissolve oxygen bleach in hot water of about 40 ℃, place a little soaked clothing, and then put it together with usual detergent in the washing machine is OK.

A lipid-rich diet increases the amount of sebaceous matter. Let’s eat balanced the proteins and vitamins that become the nutrition of the scalp and hair.
Also, to make a healthy scalp where of sebaceous matter is hard to accumulate, it is necessary to encourage metabolism with moderate exercise. I prefer exaggerated aerobic exercise like walking rather than extreme exercise.”