1.4Osaka tournament to be the starting point for the “”SUPER Jr. TAG LEAGUE 2018″” Final and Chris Jericho player

Osaka convention of 11.3, there were also many topics here!
First of all, “”SUPER Jr. TAG LEAGUE 2018″”. First of all, “”SUPER Jr. TAG LEAGUE 2018″”. Ultimately Kanemaru / Desperado group, BUSHI • Takaki Shinshigo, SHO • YOH group are tying in tie, it became a game to fight the vertex in the result first of three sets of talks.
Finalize with six people! It was an unexpected development.
It was no sense of tension than usual, but impressions that just does not concentrate on the game (final) it is a impression which it is interesting.
It is a 15-minute of the game, but it was strong fast speed.
Combined technique poise is lighter junior heavy unique body is, it will be enjoyable.
In the heavyweight, Golden ☆ Lovers’ two people are showing us the coalescence technique well.

Shingo Takagi felt familiar with multiple games at DRAGON GATE, and he got a lot of variety of battle with variations, such as using the opponent’s players successfully to defeat attacks.
Ultimately SHO player to Desperado, 3 counts by Shock Arrow, setting devastation that could be robbed of damage at once. Their first victory, I am happy to be selfish.
And the main battle between EVIL player and Chris Jericho was the main.
Speaking of Chris Jericho player, opponent to stand the belly for the EVIL players such as attack at the time of the advent of EVIL players.
Thinking that it can’t be the serious fighting of attrition warfare, in fact it was serious warfare.

Chris Jericho also received the technique of EVIL player firmly.
The EVIL player kicked out a good code breaker he took the opponent firmly and was playing like EVIL player.
In the end I took 3 counts from EVIL at the high angle Walls of Jericho.

New Japan Pro-Wrestling Los Ingobernables de Japon short-sleeved T-shirt
Well you cannot express, but Jericho players really show the way is too excellent.
The chemical reaction is insanely fun because it is a player who playing a type of game that is not at all in New Japan.
If there is a conflict every time, from the game that will become a war of attrition, recent matches has been thought to have been extend with the breath is little.
I guess whether Jericho is the one who will play the part.
I also like of such Jericho player game, but love is still microphone performance.
Big mouse does not lie, I hear it, I cannot hesitate to go in.
1.4 it seems that Naito fighting as a challenger by betting the intercontinental belt of Jericho player. 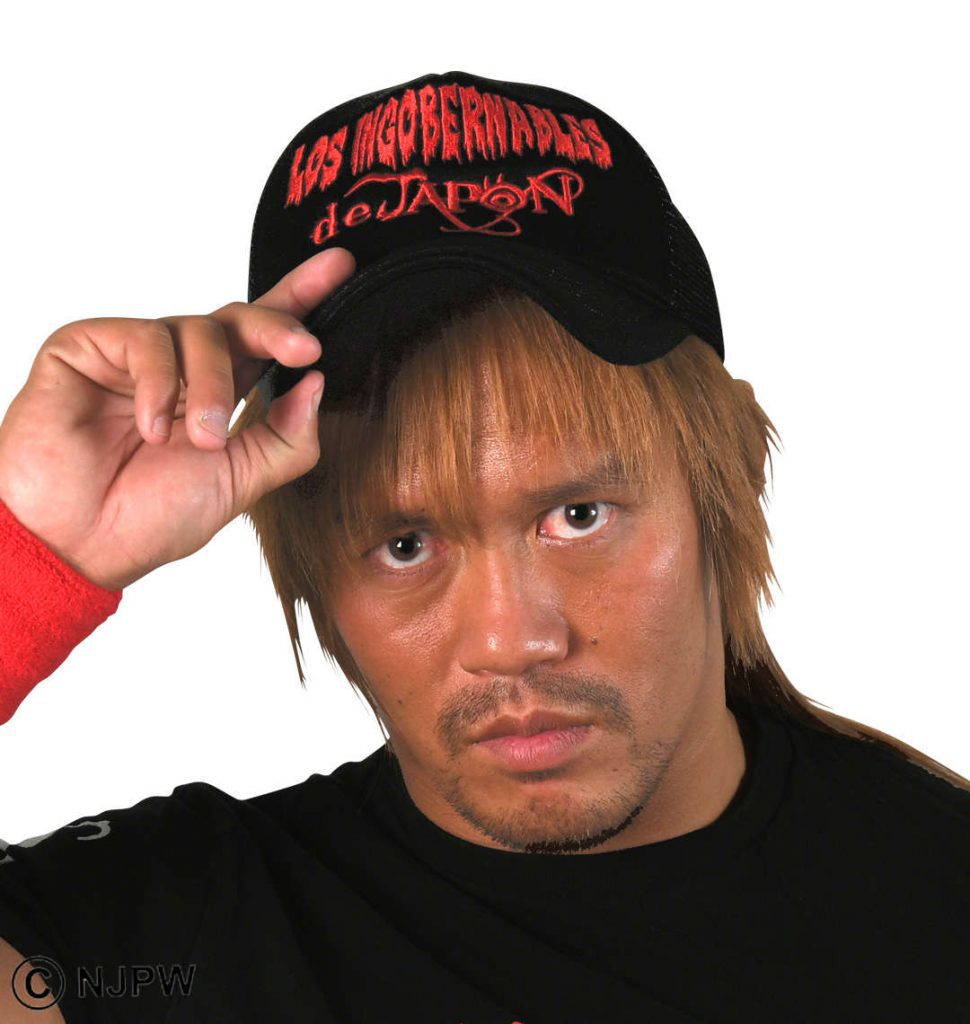