I felt at this time of 10.9, the difficulty of professional wrestler is supported by the customers

In October 9 of ( Monday ), “KING OF PRO-WRESTLING”, and the defense of the IWGP Heavyweight Championship by Okada players and EVIL players, game to bet the challenge right to the throne by Naito players and Ishii players have attracted attention It was better.

The results are defense success of Okada player, that the Naito players protect the challenge rights, IWGP Heavyweight Championship playoff of 1.4 is now on the card that Okada player VS Naito players.

The IWGP heavyweight championship decision tournament was held with this card in 2013, but it seems that the desperation of relegating to the semi final is likely to be held next year. Naito told the customer at the end of the match, “I heard that this game is the main, is not it?” I was applauded.

A press conference between Okada and Naito was held on October 10, and recently it was a hot topic that Okada players were too strong and booing started to happen from customers.

Okada is an opinion that Naito is in a different place if it is from the body which was in the time of having been booing in the past, because he is too strong.
Certainly if seriously it gets hated so much that I remember the era of what happened.

The desire of the audience that Okada wants to see the place where the Okada player loses was prominent in this year’s G1.
The Milan collection A.T also explained the neighborhood at the time of commentary on G1, and the EVIL player who won one game at G1 attracted attention, which is the challenge this time.

Personally I think that there is a limit on how to show the classic of the IWGP heavyweight championship deck rather than the issue of the players.
Also, when constructing a conflict structure it is probably due to the fact that Kenny Omega or Kaito Naito only players with skill, popularity and flower play.

It is complicated feeling to see the current IWGP heavyweight championship match while the current trend of “expecting the okada losing” trend is established, but there are things that betray expectations somewhat Should I am looking forward to it.

The talk will be towards Junior Heavy, but the tension the most in this game was Yohei Komatsu & Sho Tanaka was a surprise as a member of “ROPPONGI 3K”! Moreover, as YOH (Yohei Komatsu) and SHO (Sho Tanaka), I was surprised that it seemed to make me look much appealing and appealing.
As the two people were looking forward from the Young Lion era, I was very pleased because I was always looking forward to flowering.

Moreover, I played the game properly, I took a pinfall from Ricoche, it was also good content.
The junior heavy world of the new day seems to be excited and I am looking forward to it.
There is also an IWGP tag league in December, and it is good news personally that we can expect the success of the two people.

IWGP junior heavyweight championship defensive game was also on this day, but the challenger Will Osprey won the victory.
I am looking forward to the fact that Hiroshi Takahashi who was quite adult was appealing the challenge, BUSHI players are doing their best, too.

Afterwards, Ishii and SANADA players are also looking forward to a good feeling.
As a matter of course, I think that it is alike to change the character little by little, to disguise it or to push the intention like the old Naka-election. 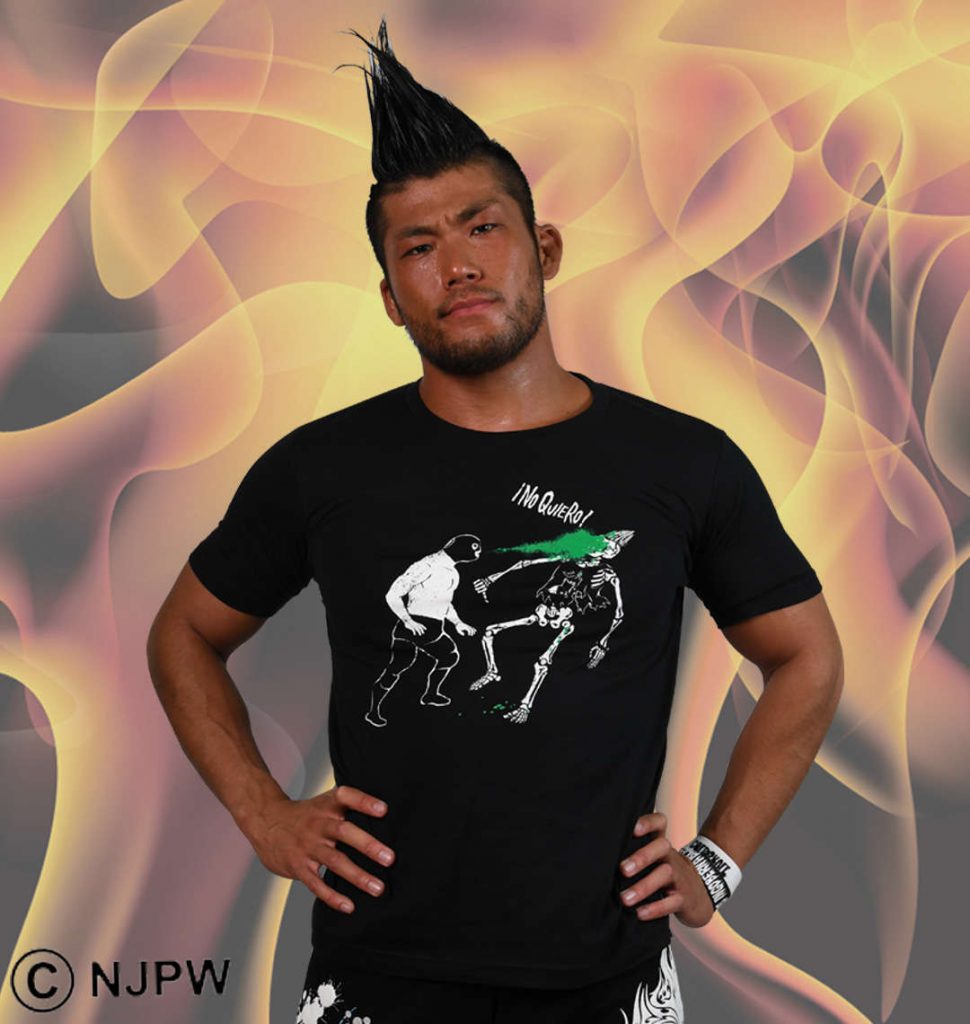 It is hard to become a player, but I thought again it was hard to appeal in the ring and grasp the audience’s heart.
Wrestling is really deep inside!